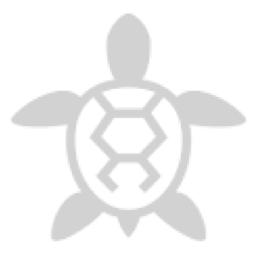 What if I ask you where everything comes from? What will you say?

The following is a story from the Tapestry of Faith. Adapted from an anecdote told in A Brief History of Time by Stephen Hawking (Bantam, 1988), Plato and a Platypus Walk into a Bar by Thomas Cathcart and Daniel Klein (Penguin Group, 2007) and other sources.

There’s a well-known story about a famous person who was explaining how things got started. Some people say the person was Bertrand Russell, a British philosopher and mathematician, but that doesn’t really matter. Whoever it was spoke for a time about stars and planets in orbit and comets and things like that, then finally stopped and asked if anybody had questions.

An older woman stood up at the back of the hall and objected. She might have used words like these: “That sounds good. But it’s just plain silly. It’s gibberish. It’s poppycock. That’s not at all how things are.”

“Well how are they?” asked the lecturer.

“The earth is a flat plate,” said the woman. “And it’s resting on the back of a giant turtle.”

The lecturer smiled. “I don’t see how that can be true,” he said. “Because if the earth is a flat plate being held up by a turtle, what is holding the turtle up?”

“You are a very clever young man,” the woman replied. “But the fact is that it’s turtles all the way down.”

The lecturer and the old woman were both trying to answer some of the oldest and biggest questions: How did everything start? How does it work?

The old woman’s explanation is something most of us do not believe in. We think that if we sent a rocket ship out as far as it could possibly go, then asked it to take a picture, we would not see a big turtle holding everything up. If we went back to the beginning of time we might see a big bang, but not a turtle suddenly holding up a flat plate with everything on it. But somebody—maybe the old woman in the story—might say, “You cannot go back through time. And the rocket has not gone far enough out into space yet. Forever is a long way away, and if the rocket could really go forever you could see the turtle. But you cannot ever quite get to forever, so you will just have to believe what I say about the turtle.”