Just as love knows no borders, our dedication to justice reaches across boundaries and walls. We stand on the side of love with all families, regardless of citizenship status, and strive to create welcoming communities and congregations. We organize and advocate for immigration reform, for an end to detentions and deportations, and for a world where hands are extended in peace and care across borders and no one feels forced to leave home or risk death in pursuit of a decent life for their family. 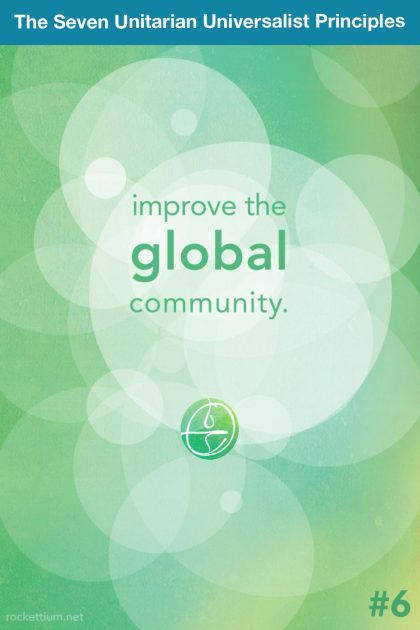 We again voted to become a Sanctuary Congregation in February 2017 as part of the New Sanctuary Movement, and in November 2017 UUFRC focused a Worship Service on Immigration and Sanctuary.

Along with being a Sanctuary Congregation, we support the local Migrawatch rapid response ICE hotline, advocate for immigrant rights, and support and accompany immigrant families as they navigate the bureaucratic systems that are unfamiliar to them. We take our Sanctuary Congregation banner to vigils and events such as the Unity Rally in San Jose, the DACA (Deferred Action for Childhood Arrivals) vigil in Redwood City, and the Board of Supervisors meeting where Faith in Action requested funding to provide legal assistance to immigrants facing deportation. 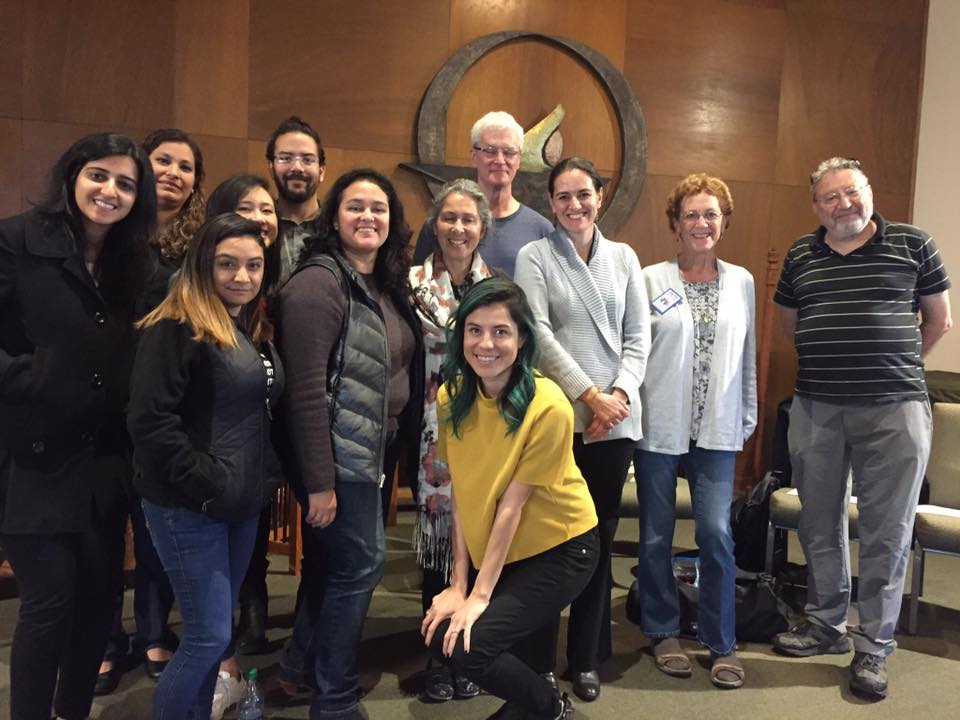 A Rapid Response Team meets monthly at UUFRC, through Fools Mission. It is coordinating with Faith in Action and other groups to organize rapid response networks of 40 or more people in each zip code ready to respond to the presence of Immigration and Customs Enforcement (ICE) in the neighborhoods. Rapid responders are preparing legal witness with video and note taking, prayer vigils, singing, and coordinating with news media.

UUFRC also works closely with the local nonprofit agency, Fools Mission. Fools Mission is a consciousness-raising ministry of multiculturalism and supportive companionship. Since 2012, Fools Mission has embraced the Way of the Fool – the archetypal trickster figure who disrupts rigid or decaying cultures through art, humor, and radical compassion.

Governed by an egalitarian circle of covenanted fools, Fools Mission deliberately builds community among people who have access to wealth and privilege and those who do not. Through witness, accompaniment, education, and advocacy, Fools Mission cultivates empathy and friendship across socially-constructed boundaries of identity, such as class, race, language, ethnicity, culture, gender, sexual preference, or educational achievement. Fools expand their emotional range by practicing expressive arts as an antidote to depression, apathy, cynicism, and despair. Wherever fools encounter bureaucracy – such as applications for public benefits, medical appointments, or court hearings – they practice a voluntary life of service as an alternative to provider/client models. As fools are often overheard to say, “It’s a great day to be a fool.”