Our Minister and Staff 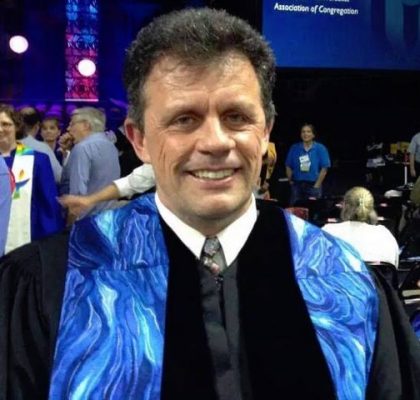 He graduated in May 2009 with a Masters of Divinity degree from Starr King School for the Ministry, the Unitarian Universalist seminary in Berkeley, California.  His ministry is driven by the desire to explore and improve the human condition in an interdisciplinary and holistic way.

Brian is a native of Scotland but lived in California for 22 years prior to moving to Austin in August, 2008.  In his previous life, before attending seminary, he earned an Applied Physics degree from the University of Strathclyde in Glasgow, Scotland, and worked for 24 years as an Electronic Design engineer and project manager.  He is joined on life’s journey by his partner of 24 years, Natalie Freeburg, and 18-year old daughter, Isla Ferguson. 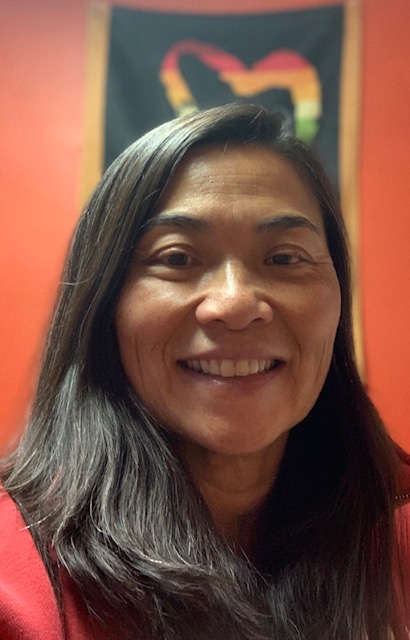 Gigi Casey joined UUFRC as the church office administrator in late November 2021. After colllege she worked in the hospitality industry for 10 years. Wanting to start a family and with the high demand in the industry, she decided to ease her workload and started working as an administrative assistant beginning in the food industry, then to a payroll start up and most recently with a local preschool. She has always been very active with her children’s schools and sporting teams. After being laid off due to the pandemic from her last job, she took some time off to spend it with her family while also searching for a job that will give her the flexibility and to continue to be involved with her youngest son’s activities. Gigi grew up in San Carlos and is where she is currently residing with her family. She is very excited to join the team at UUFRC and to support the community. 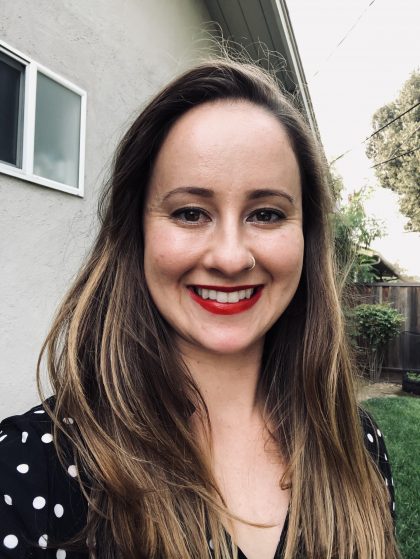 Crystal became a member of UUFRC in March 2020 but was a visitor for a long time prior. She moved to Redwood City with her husband in 2015 and discovered UUFRC while taking her dogs for long walks in the neighborhood. Coming from a mixed background herself and marrying someone from a different culture, her spiritual journey has always been a diverse and multifaceted one. Her scientific curiosity as a scientist and entrepreneur have also given her a healthy amount of skepticism when it comes to joining religious organizations. However, the community at UUFRC felt like the nurturing and questioning one she was seeking.

As a new mom exploring her new identity as a parent and primary caretaker, Crystal sought out opportunities at UUFRC (The building also happens to be the home of her 2-year old daughter’s nursery school, Open Gate.) As associate administrator, Crystal truly enjoys the detail-orientated tasks, working with a wonderful and talented staff and supporting a community that truly embodies the seven principles of UU. Other things that fill her cup are dancing in a modern dance company, cooking, frolicking outdoors and being a very average seamstress. 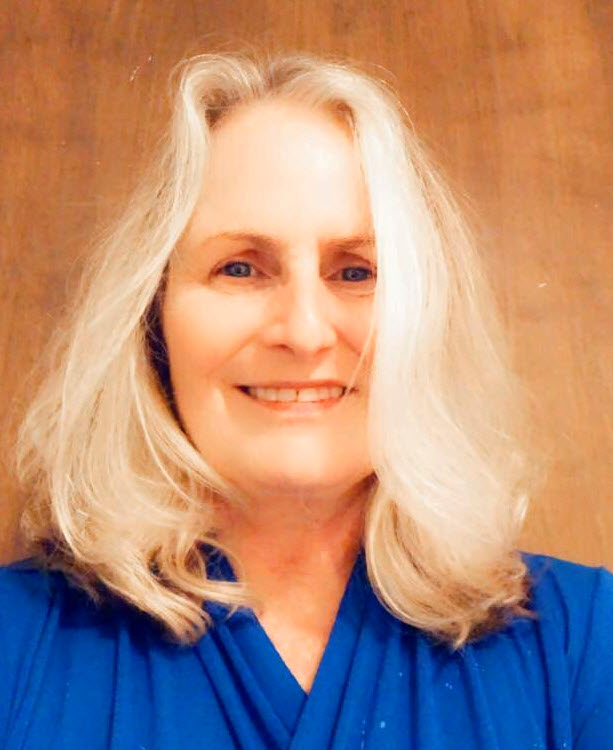 Jen Gill has never lived more than ten miles from Sequoia Hospital where she was born. She grew up in Woodside,  and has lived in Redwood City for 42 years. She discovered UUFRC when she would take her daily walks around her neighborhood, and liked the signage out front. After years of not fitting in at traditional Christian churches, Jen came to a service on Memorial Day weekend at UUFRC in 2018, and announced to herself “I have found my tribe!”.

Jen has been coming to UUFRC ever since, and has rarely missed a service. Jen became a member on March 10, 2019, and had already joined the choir. When the position of Connections Coordinator came open, Jen jumped at the chance to fill the very big shoes of the woman who had held the position before her, for 17 years. Welcoming new people and being socially interactive just come naturally to Jen whose love of life and exuberance in her role make her a great fit for bringing people together at UUFRC.

Jen says, “The really cool thing about welcoming newcomers is that I am a newcomer too. I have a lot to learn about Unitarian Universalism and I have people coming in all the time who will learn with me”. Jen is a member of the Unitarian Universalist Association Membership Professionals. (UUAMP)

When she is not busily connecting people, Jen is an Executive Assistant at SRI International in Menlo Park, a singer in a rock band, an avid crafter, and enthusiastic chocolate aficionado. 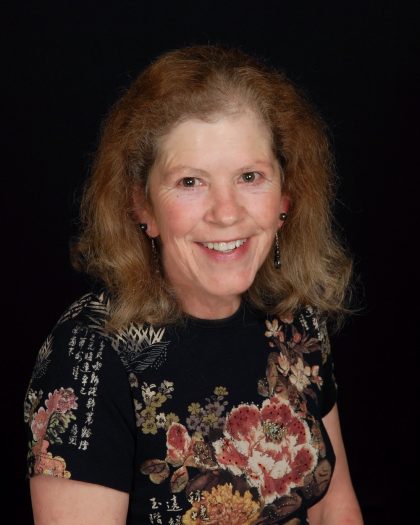 Dawn Reyen received her BA in Music from the College of Notre Dame in Belmont and her masters degree in Choral Conducting from Loyola University in New Orleans. She has conducted children’s choirs and taught elementary music for many years, and currently teaches preschool through middle school music at St. Raymond, as well as “Music and Movement” classes for Ragazzi Boys Chorus. She is the founding conductor of Palo Alto-based Aurora Singers, assistant conductor and accompanist of the Schola Cantorum, and music director at UUFRC. Dawn has accompanied professionally since the age of 12, and enjoys working in many different musical styles and genres. Dawn also enjoys her freelance work as pianist and coach. 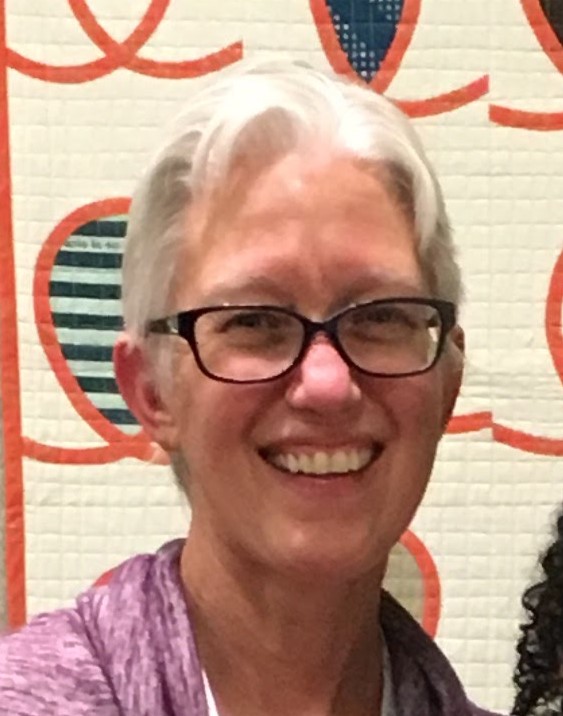 Cyndi has been a member of UUFRC since 1997. After years of experience in many different roles at UUFRC, she was happy to take on the bookkeeper role in 2020. She enjoys that she gets to work with numbers and to keep things organized as bookkeeper including pledges. 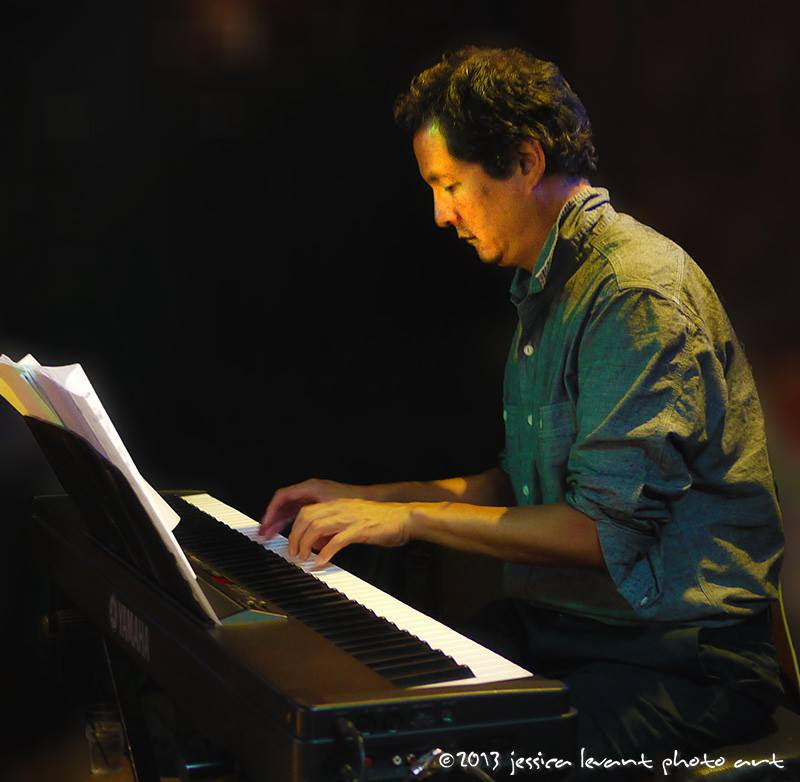